From November 2 to 4, 2022 in Almaty, Atakent Kazakhstan Center for Business Cooperation, six exhibition events were held at once, aimed at the integrated growth and development of enterprises in the agro-industrial complex and related industries, revealing of new market needs in modern technologies and innovative solutions, as well as discussion of current challenges and tasks. During the three days of operation, the combined exposition was visited by 6,282 unique visitors, including, in addition to distributors, retailers and manufacturers themselves, there were representatives of state bodies, industry unions and associations, experts from foreign and national companies. This indicator not only increased compared to last year’s figures, but also showed an increase compared to the pre-pandemic year.

The start of the exhibitions was the Plenary session dedicated to effective cooperation with international business and wide opportunities for attracting investments to Kazakhstan. The participants of the session were A.G. Tamabek, the Vice-Minister of Agriculture of the Republic of Kazakhstan, R.T. Rakymbekov, the Deputy Akim of the Almaty region, A.A. Vorobkalo, the Head of the Department of Foreign Economic Activity of the Department of Entrepreneurship and Investments of the Akimat of Almaty city, Ye. Aidarkin, the Expert in Strategic and Operational Consulting of PwC Eurasia, A.B. Aprosimova, the Director of Food Events of Iteca Exhibition Company. A.G. Tamabek, the Vice Minister of Agriculture of the Republic of Kazakhstan, in his welcoming speech noted: “Kazakhstan is a key country in ensuring food security throughout the Central Asian region, occupying leading positions in the production and export of cereal crops and oilseeds. It is important to note that the joint exhibition platform - AgroWorld-FoodExpo Qazaqstan has established itself as an effective business environment for the interaction of domestic and foreign experts in the agro-industrial complex, annually gathering companies of various directions from more than 35 countries of the world on its territory”. 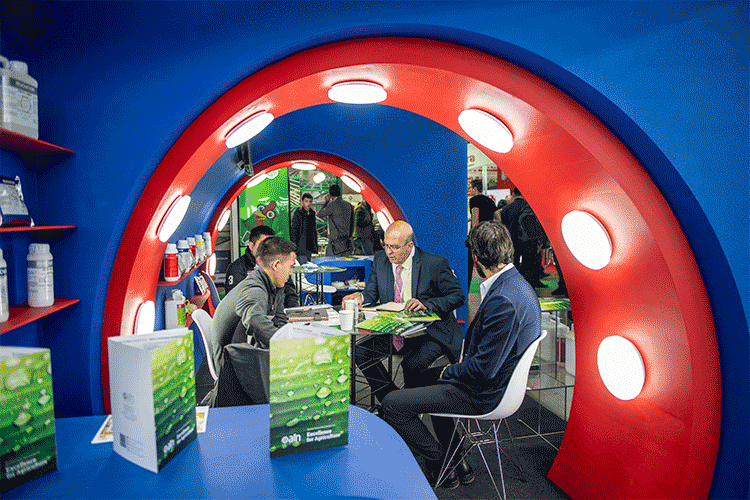 Representatives of the Embassies and Consulates of Belarus, Hungary, the Kingdom of the Netherlands, Malaysia, Serbia, Uzbekistan, the Czech Republic, the USA were among the guests of honor of the exhibitions and the familiarization tour of the exposition, which indicates the growing interest in the market of Kazakhstan every year.
In 2022, FoodExpo Qazaqstan exhibitors included more than 450 companies from 28 countries - Austria, Belarus, Belgium, Bulgaria, Germany, Georgia, Denmark, Israel, India, Indonesia, Iran, Italy, Kazakhstan, Kyrgyzstan, the Netherlands, Poland, Russia, Slovenia, the USA, Tajikistan, Turkmenistan, Turkey, Uzbekistan, France, Czech Republic, Switzerland, Sri Lanka, South Korea. 9 national expositions were presented at the exhibition under the common flag of their country, including a group of companies from Belarus, Germany, Indonesia, the Netherlands, Poland, Russia, the USA, Sri Lanka and South Korea. Leading domestic companies such as Bizhan, Elite Food Import, Yakar, KazIr-Agro traditionally presented their stands, and Empire Group Corporation, EMC Agro and Bakhus JSC presented their products for the first time among domestic manufacturers.
Traditionally, a retail center - a place for direct negotiations between suppliers and retail chains and distributors worked on the platform, as a result of which 728 b2b meetings were held. Traditionally, within the framework of the exhibition, a professional competition-tasting of food products and beverages “The Best Product of FoodExpo Qazaqstan 2022” was held. A competent jury determined the best in their field in 22 nominations. 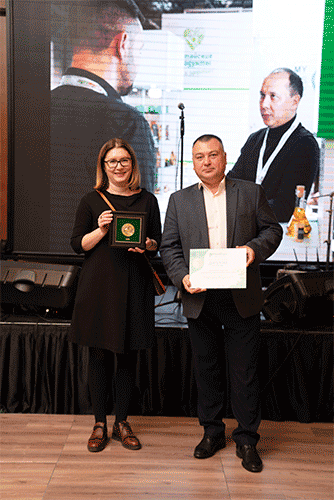 The partner of the exhibition was aT Korea, the Korean agro-fishing trade and food association, under the single brand of which 15 leading manufacturers from South Korea acted.
Traditionally, the AgroWorld Qazaqstan exhibition, which was attended by more than 150 companies from 15 countries: Austria, Belarus, Belgium, Great Britain, Germany, Denmark, Spain, Israel, Italy, Kazakhstan, the Netherlands, Poland, Russia, Turkey and France, acted as a complex industry business platform for a high-quality dialogue between representatives of state bodies, industry associations and unions, domestic agricultural producers and businesses. Traditionally, the Netherlands, as well as a number of regions of Russia (Tatarstan, Yaroslavl region) was represented with a large National stand in the exposition.

Among the debutants of this year are such large companies as Akplast, AgroLaboratoriosNutritionals, Dalival, Elytra, VarioSystem, Glazovsky Feed Mill, Uralchem and others. Domestic enterprises KazPoliv, KosAgroCommerce, NavistarAsia, Distritech, AgroKurs and others demonstrated competitive modern technologies for growing agriculture and the efficient functioning of the industry. This year’s exhibition partner was Cobb-Vantress, Inc. (Great Britain) - the world’s oldest broiler breeding company. During the days of the exhibition, a business program was held for three days, within the framework of which the traditional AgriFood Forum was held. The main sessions of 2022 were questions on the greenhouse business; a round table on irrigation and a seminar on poultry farming. The sessions were organized under the Partnership of the Union of Poultry Farmers of Kazakhstan, the Union of Potato and Vegetable Growers of Kazakhstan, and the Union of Greenhouses of Kazakhstan. As part of the business session on the topic: “Greenhouse business in Kazakhstan: information data in farming”, a memorandum of reliable cooperation was signed between the Union of Greenhouses of Kazakhstan and the National Association of Cooperatives and other forms of economic communities of the Republic of Kazakhstan. 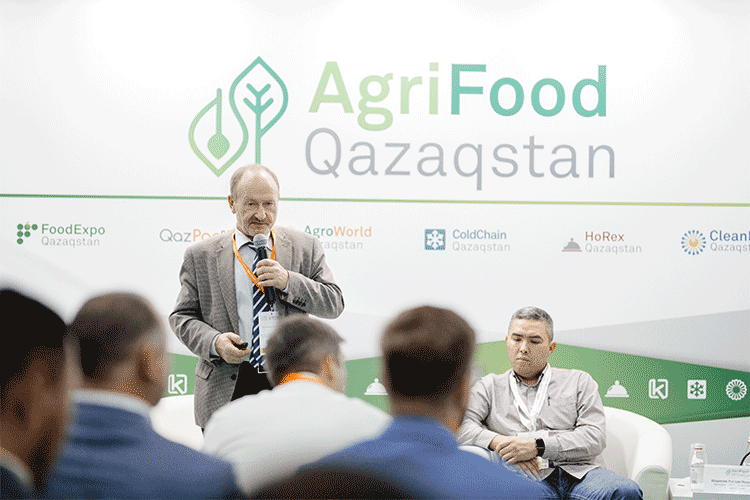 The combined exposition of the HoRex Qazaqstan and CleanExpo Qazaqstan exhibitions presented a unique space - a centralized professional platform for high-quality networking of HoReCa representatives, solving current problems and building strategic goals. More than 40 companies from Belarus, Belgium, Germany, Iran, Italy, Kazakhstan, Poland, Russia, Serbia, the USA and the Czech Republic took part in the exposition of the HoReCa and Clean segment. The key event during the days of the exhibitions has traditionally become the Horex Business Forum - a three-day training event for HoReCa market specialists interested in constantly improving their professionalism. The currently relevant direction of hybrid establishments and communications on the example of a petrol station/coffee house, pharmacy/confectionery set the topic of the forum “Hybrids. Communications, sales, scaling”. The forum was interactive and consisted of 14 business sessions and 1 transformational game. 23 professionals and practitioners in the HoReCa industry shared their knowledge and skills. Delegates (visitors) received certificates confirming their participation and improving their professional skills. Each day was different in theme, the first one was PRO administrative resources: launching an enterprise/startup of the project, supporting and developing an existing business. The second day was notable for perfection of one’s own skills as a manager/administrator. Speaking trainers, psychoanalysts, coaches, experts, shared their skills of personal growth and promotion of the administrative staff of enterprises in the HoReCa segment, the topic of the day was “PRO “I”. The third day was remembered for valuable cases that really promoted the “PRO Marketing” enterprise. 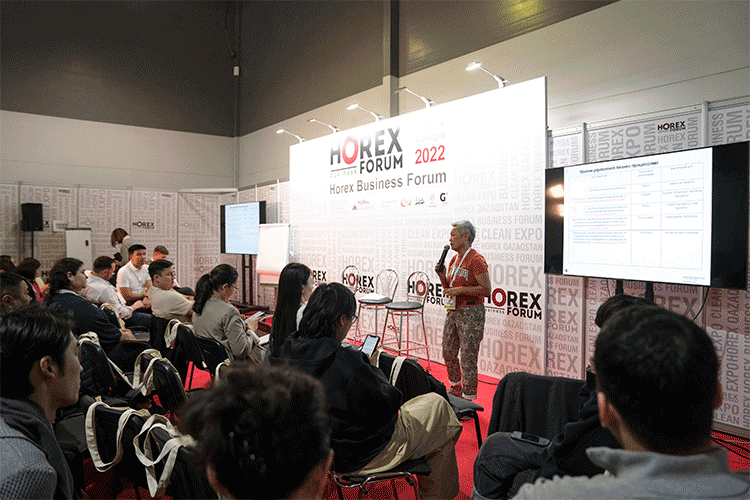 The event was of great interest and, according to a survey of the audience, in terms of the amount of material and knowledge received, it was compared with the advanced training course of a specialized institution. The Probarista team and The Guests studio have been partners of the platform for the second year already.
More than 50 direct manufacturers of packaging, packaging equipment and services from Germany, India, Iran, Kazakhstan, Poland, Russia, Slovenia, Turkey represented stands at the QazPack 2022 exposition. Among the exhibitors were such domestic companies as Stroylux, Inter Multi Service, KZ Recycling, Intellservice, Golden Packaging, Kazpoligraph, Lega Print and others. The interest of packaging industry professionals was aroused by an extensive exposition from corrugated packaging manufacturers, which was presented by the Astrakhan containers and packaging factory (Russia), Golden Packaging (Kazakhstan), Inter Multi Service (Kazakhstan), KZ Recycling (Kazakhstan), Vector (Russia) and others participants.
The content of the business program of the QazPack exhibition included seminars, presentations and conference from exhibitors. On November 3, the Conference on Materials and Technologies: the most important components in the packaging and label production chain - from the development stage and design trends to the post-printing processes of Double V was held. Also, the audience was interested in the seminars of the participants - Biaxplen and Intellitrade.
The ColdChain Qazaqstan exhibition, which has become the flagship among industry-specific events, presented manufacturing companies from Germany, Iran, Kazakhstan, Poland, Russia and Turkey. At their stands, the participants presented a wide range of innovative equipment and practical storage solutions. AKAY TRADE has presented a line of refrigeration, freezing chambers and shock freezing chambers. Eurocold also introduced visitors to industrial and commercial refrigeration equipment. Profholod, the Russian market representative, presented sandwich panels, refrigeration chambers and doors for chambers. Among the participants of the exhibition were Cantek, IFT project development, IGLOSZRON STANISLAW CHMIELEWSKI, Plattenhardt & Wirth GmbH, City Agro LLC, EHO-RUS LLC.
The exhibitions were organized by ITECA Kazakhstan Exhibition Company and its international partner - ICA Eurasia Group of Companies.
The exhibitions were officially supported by the Ministry of Agriculture of the Republic of Kazakhstan, the Akimat of Almaty city, the Kazakh Academy of Nutrition, the Union of Poultry Breeders of Kazakhstan, the Kazakhstan Association of Hotels and Restaurants - KAGiR, the Association of Packers of Kazakhstan.

Get E-invitation Book a stand